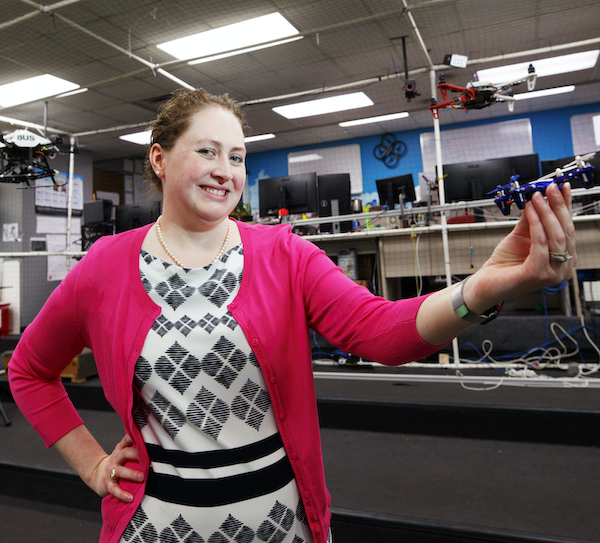 This talk will focus on the role of human-robot interaction with drones in public spaces and be focused on two individual research areas: operation of aerial systems by a spectrum of users and improved communication with both end-users and bystanders. Prior work on human-interaction with aerial robots has focused on communication from the users or about the intended direction of flight, but has not considered how to communicate to novice users in unconstrained environments. In this presentation, it will be argued that the diverse users and open-ended nature of public interactions offers a rich exploration space for foundational interaction research with aerial robots. Findings will be presented from both lab-based and design studies, while context will be provided from the field-based research on prescribed aerial ignitions and environmental sampling that is central to the NIMBUS lab. This presentation will be of interest to researchers and practitioners in the robotics community, as well as those in the fields of human factors, artificial intelligence, and the social sciences.